The Soil and Water Assessment Tool (SWAT) and Hydro-Pedo Transfer Functions (HPTF) allow for the precise calculation of groundwater recharge in high temporal and spatial resolutions. Both methods were tested for the karstic Western Mountain Aquifer.

SWAT calculates the day-to-day water budget using information on land use, soil properties and topography that form individual Hydrological Response Units (HRUs), as well as climate data. The calculations are based on empirical equations and provide highly accurate information. The SWAT model can be calibrated with observational data such as surface runoff or actual evapotranspiration and adjusts for sensitive parameters such as transmission loss.

The tests showed that SWAT can be used to calculate the groundwater recharge of a karst aquifer with high temporal and spatial resolution. In the Western Mountain Aquifer, on average 34% of precipitation in the recharge zone contributes to groundwater recharge, while the remaining precipitation evaporates or turns into surface runoff. SWAT calculates an average annual recharge of 199mm.

Hydro-Pedo transfer functions (HPTF) were first developed by Wessolek et al. (2008) following Lin's (2003) “Hydropedology” approach – the integration of methods from soil, plant, and water science. HPTF calculate annual percolation rates on a regional scale but were developed for the European continental climate and applied here for the first time to other climates and karst regions. The empirical functions are based on the water budget equation and account for annual precipitation, potential evapotranspiration, soil properties, and vegetation. 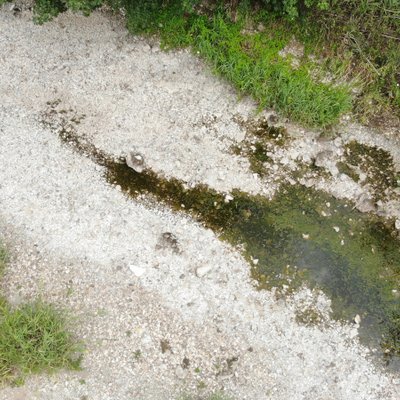 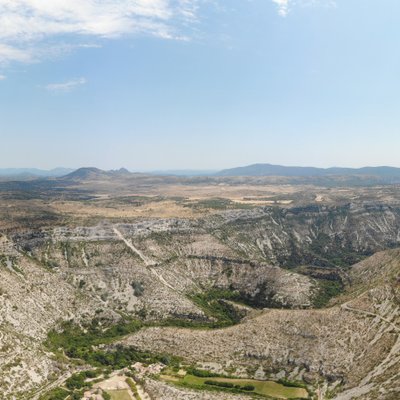