The “Water-Food-Energy Nexus” tool is used to determine the trade-offs between agricultural production, irrigation requirements and electricity production by hydropower under scenarios of agricultural intensification in river basins.

The “Water-Food-Energy Nexus” tool is an integrative tool for determining trade-offs that result from potential scenarios of agricultural intensification in river basins. Using scenarios for increased fertiliser application, more productive variety selection and irrigation of crops (e.g. maize), the tool enables the calculation of the irrigation water demand and the expected increase in yield in the river basin (production volume in tons and sales volume in € according to the world market price). The tool determines the reduction in discharge in the channel due to the abstraction of surface water for irrigation. The losses in hydroelectric power production resulting from the reduction in discharge are quantified (amount of energy in kWh and sales volume in € according to the price of electricity) and compared to the increases in agricultural yield. In addition, river sections are identified which, under the given scenarios, fall below the threshold value of the minimum ecological flow due to the abstraction of irrigation water.

The tool was developed using the Danube river basin as a case study and, thanks to its transferable methodology, can be applied to any river basin of any scale (a few km² to > 100,000 km²) and with any spatial resolution (10m² to > 100km²).

Leibniz Supercomputing Centre (LRZ) of the Bavarian Academy of Sciences 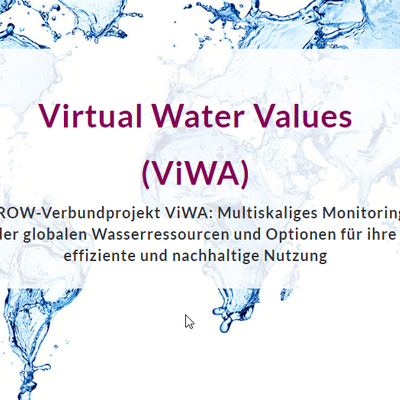