The HIPPO is a modular in-situ device for the reliable determination of the start of erosion (critical threshold flow velocity) of fine sediments (diameter smaller than 2 mm) in reservoirs and rivers.

Natural water systems are in constant transformation due to the movement of sediments. For the analysis of morphodynamic processes, besides monitoring sedimentation behaviour, it is also important to investigate the possible remobilization of the (fine) sediments deposited on the bed.

In this regard, the HIPPO device (Hydro-morphological Investigation of Riverbed Particle Performance On-site) can be used to reliably record critical flow velocities or critical shear stresses for the affected sediment deposits. The measuring system consists of an underwater flow channel that can be adapted to local conditions. It is placed on the river bed and has a fixed sampling area that is open at the bottom. This channel is connected to a pump via a hose system, which makes it possible to induce a defined flow speed with a slide close to the bottom. That flow speed can be increased incrementally. This is monitored at fixed timepoints in the middle of the sampling area with a built-in flow velocity metre (Acoustic Doppler velocimeter). The system records the process visually with a camera. In parallel, the turbidity of the extracted water is continuously measured with a turbidity sensor probe installed behind the pump. The erosion of the sampled sediment can be assessed on the basis of the data collected. For cohesive sediments, in particular, the measured natural values are a significant improvement compared to common estimates based on only partially known bed parameters and can in turn serve as input or evaluation parameters for numerical models.

The journal WasserWirtschaft presents the HIPPO device in detail 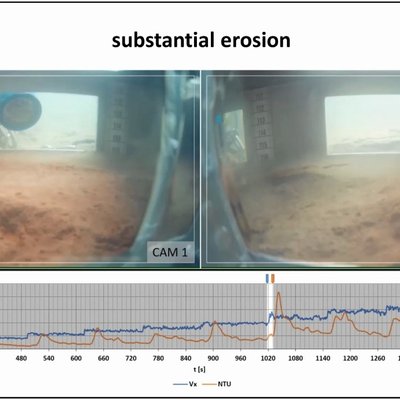 Results of an example measurement 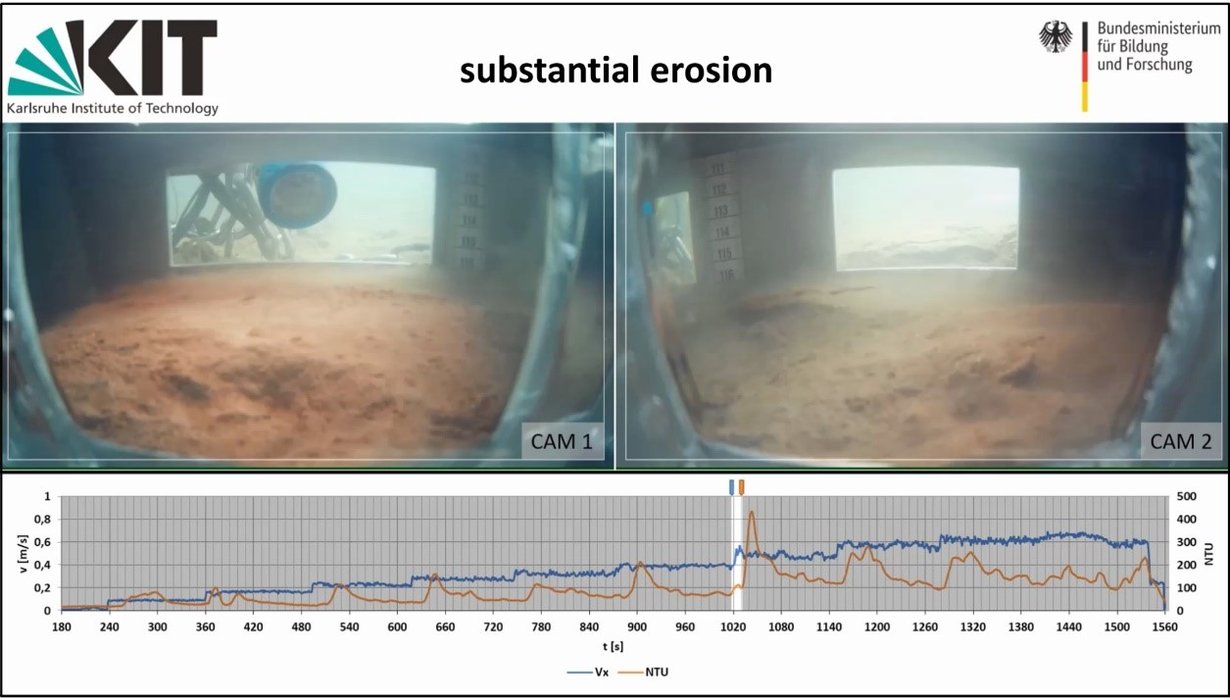 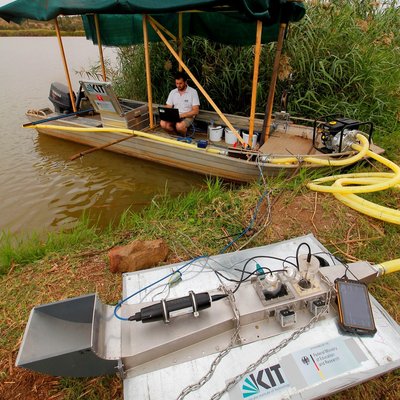 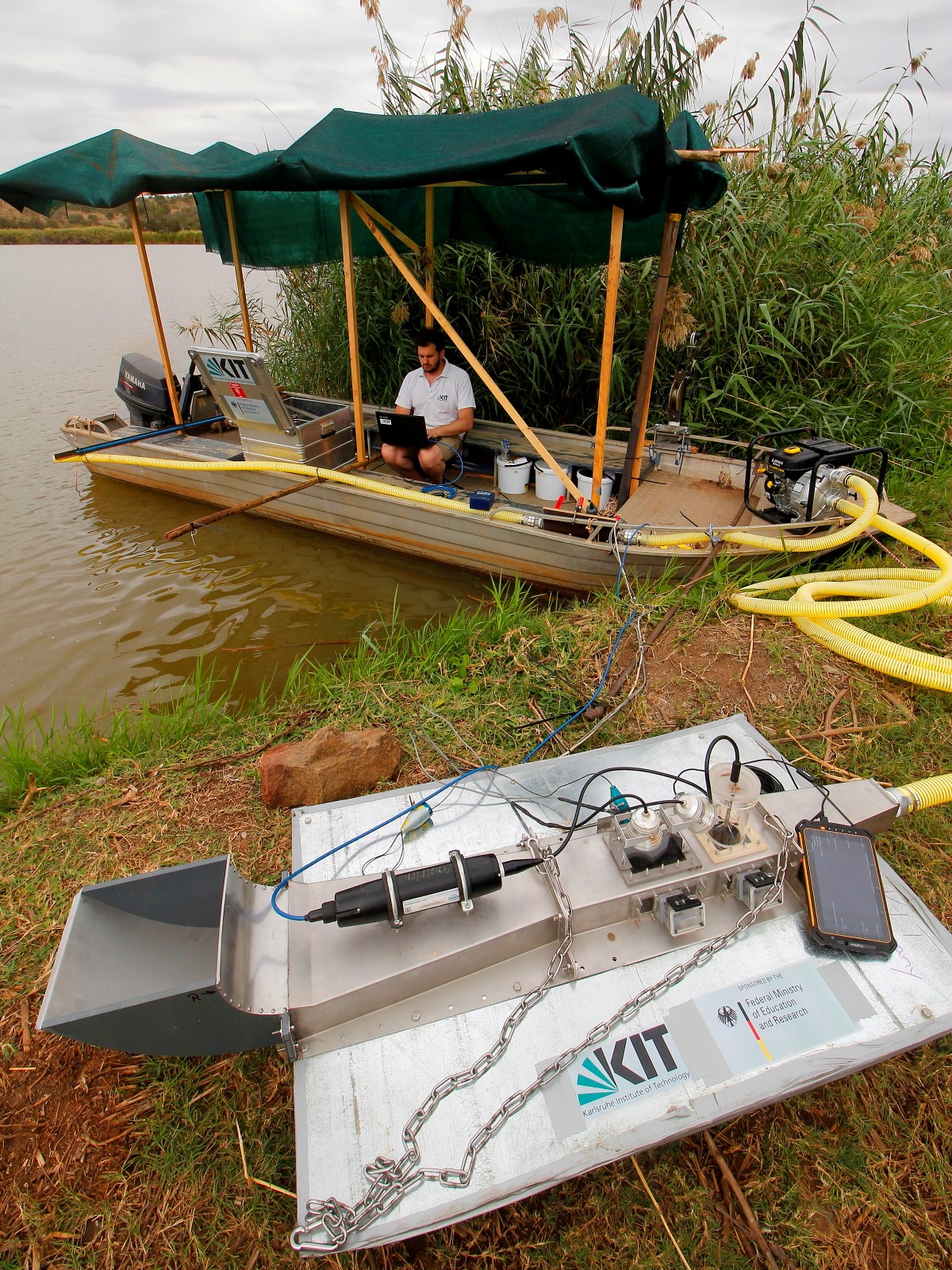