Global maps for the characterization of Mediterranean karst aquifers

Karst aquifers are vital for water supply worldwide. To investigate the current condition of the critical groundwater resources, six hydrogeological, climatic, and ecological indicators of groundwater stress were determined as well as average annual temperature and precipitation.

To identify karst aquifers with Mediterranean climates, the World Karst Aquifer Map (WHYMAP WOKAM) was layered with Mediterranean climate zones Csa, Csb, and Csc (Köppen/Geiger; Beck et al., 2018). To increase the detail, the aquifers were subdivided using boundaries from the HydroBASINS-database. Six indicators for the hydrogeological, climatic and ecological conditions of an aquifer were defined:

The indicators were provided by outputs from the global freshwater model WaterGAP (version 2.2d), calculated using ERA5-Land data and obtained from the FAO’s AQUASTAT dataset “Global Map of Irrigation Areas” (latest version 5.0). MODIS NDVI (MOD13Q1) data was utilized in groundwater-dependent ecosystems to identify areas that remain relatively “green” during dry periods as an indicator of vegetation with access to groundwater. The resulting maps of the Mediterranean region are included. 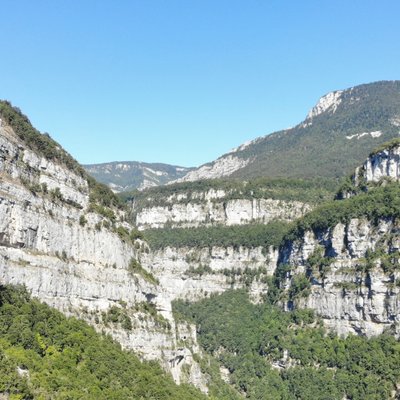 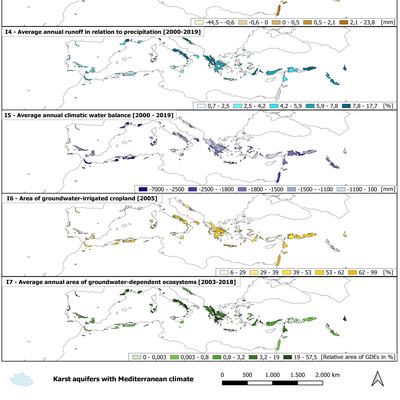 Indicators for the condition of karst aquifers