Saline water matrices are a challenge for the trace analysis of organic compounds. Analytical concepts were applied and developed to determine different classes of substances from NaCl-containing matrix.

Several analytical techniques have been adapted or newly developed for organic substances from different substance classes (e.g. carboxylic acids, amines, phenols, ammonium compounds), which enable determinations down to the trace range in some cases from solutions containing high levels of NaCl (70 g/L to 300 g/L). Techniques used include LC-DAD, LC-ESI-TOF, LC-MS/MS and IC-LF with special sample introduction and sectioning techniques.
As an example of this special analysis, the determination of low levels of formate and acetate from salt matrix will be shown, which is achieved via ion chromatographic separation with a cutting technique. While in the first run the signals of the carboxylic acids are completely masked by chloride (red box in Figure 1), the desired detection can be achieved by collecting this area on a special adsorber column (trap) and re-injecting it (green box).
For two nitrogen-containing cationic compounds, a similar IC method with online sample preparation could be developed. With this method, contents of the two target substances of less than 20 µg/L can be measured automatically from strongly saline saline solution (100 g/L).
For the elucidation of unknown organic substances in saline process waters, methods of non-target analysis were adapted to the salt matrix in the project. Reversed-phase and ion chromatography were coupled to a high-resolution time-of-flight (TOF) mass spectrometer. By choosing these two separation methods, a broad
In the project work, the use of adapted sample preparation techniques and in combination with state-of-the-art analytical coupling techniques enabled an "analytical toolbox" to be created, which can now be used as a basis for similar problems. 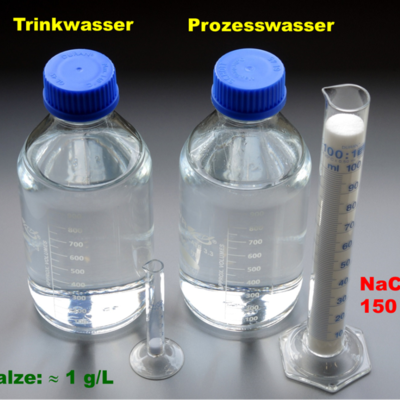 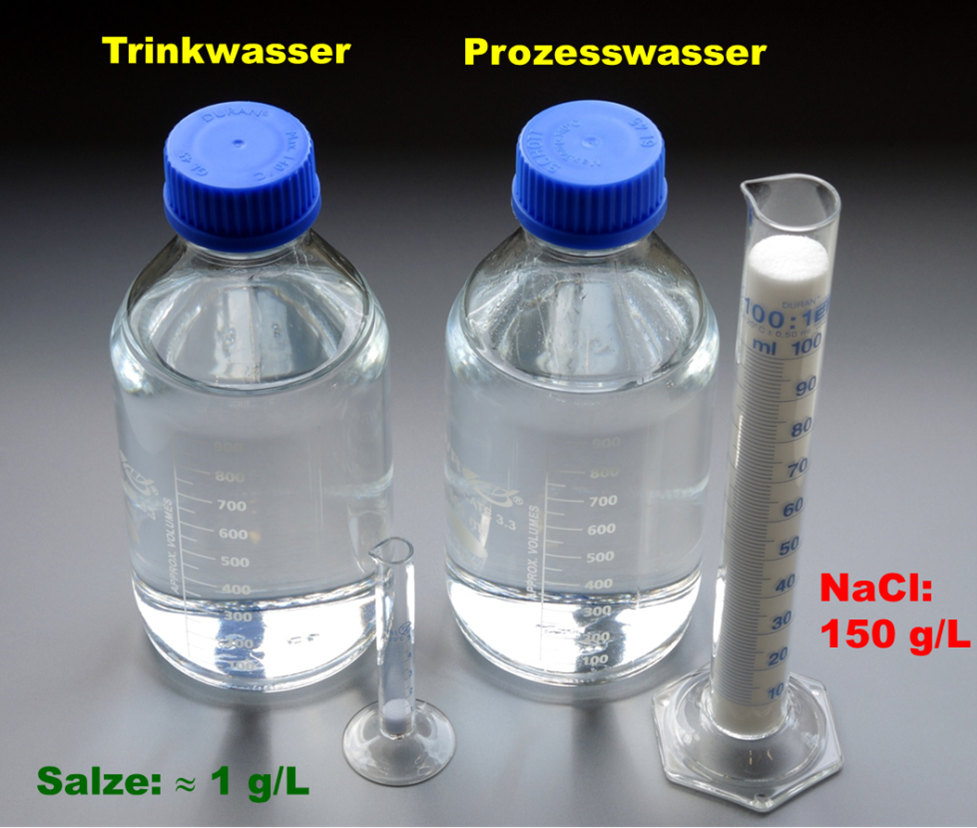